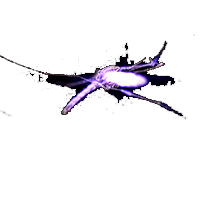 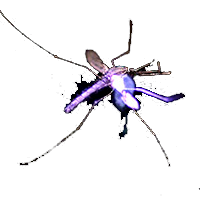 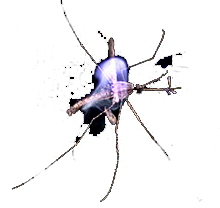 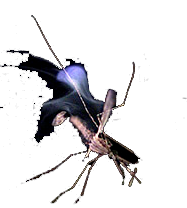 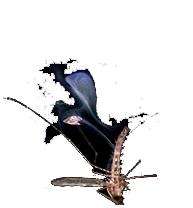 The Photonic Fence is poised to revolutionize response to and monitoring of harmful insect incursions in agriculture, hospitality, government, military and residential pest control markets.

The Photonic Fence monitors insects in flight and eliminates those identified as targets by shooting them down with a micro-burst of laser energy. The Photonic Fence also holds the potential to create entirely new methods of entomological study. 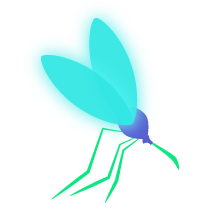 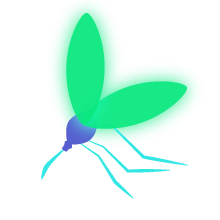 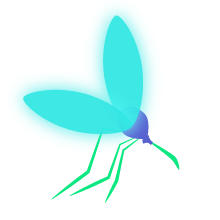 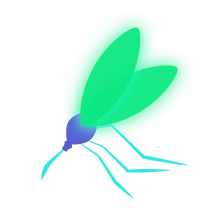 We are proud to introduce our first product! The Photonic Fence Monitoring Device is designed to track the flight of insects in order to enable more detailed study of flight behavior than is possible with current equipment and software tools. The PFMD’s first application is in testing the design and effectiveness of vector control measures against mosquitos. Our goal is to accelerate the work being done to design better bed nets, repellants, attractants, and other measures to prevent mosquitos from biting humans and spreading disease.

The PFMD is also able to track other insects, such as bees and flies, ranging in size from approximately 4 mm up to 40 mm or more. The data can be collected on a continuous 24/7 basis for days at a time and then visualized and analyzed through a cloud-based, online researcher interface. We anticipate that the use of the PFMD and these related analysis tools will revolutionize the field of entomological study of flying insects!

The PFMD is available for pre-order now. Please contact us to place your order. Detailed Specifications for the device can be found here and additional information regarding device configuration can be found here.

"... the human war on mosquitoes is high-tech, high-concept, and without pity. So why not use anti-missile laser technology against them too?"
New York Magazine

Our core focus and driving inspiration throughout our existence has been the goal to create a device that not only monitors insects, but also identifies the undesirable insects and selectively shoots them down using lasers. We call this a “Photonic Fence” because it uses photons to protect a defined area from insect incursion. We built several prototypes of this device and continue to test and improve these as we work towards introducing the lethal Photonic Fence.

"The Photonic Fence is a new way to control the mosquito population without affecting the local ecology such as butterflies and bumblebees."
Digital Trends 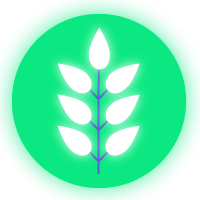 The Photonic Fence is being developed specifically to protect high-value crops where use of insecticides is undesirable or ineffective. The Photonic Fence has been effective in targeting and killing Asian citrus psyllids and Spotted-Wing Drosophila in a lab setting, and with only minor changes to software should be able to effectively target and destroy a wide range of similarly sized flying insects.

The Photonic Fence has been tested to be effective against varieties of insects that pose a threat to agricultural crops, such as the Asian citrus psyllid and drosophila suzukii. We recently completed field testing of the long-range configuration on a farm site in Florida. Our work there demonstrated that we could be more than 87% effective in preventing an incursion of Asian citrus psyllids. We also expect the Photonic Fence to find applications in indoor agriculture such as greenhouses and growing containers, and in animal production contexts, such as in horse barns and with dairy cattle, to reduce the incidents of flying pests in these settings. The Photonic Fence is capable of finely discriminating between different species of insects, and so can be relied upon to target only harmful insects, rather than beneficial insects such as pollinators. 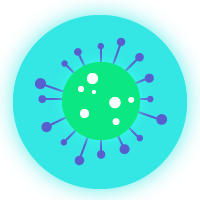 The Photonic Fence was originally conceived as a weapon in the fight against malaria transmission through vector control of mosquitos. It has been effective in shooting down a variety of mosquito species in the lab and in field testing. It is so sensitive in identifying insects that it can distinguish different species of insects in flight and even identify male vs. female mosquitos in flight in some circumstances. 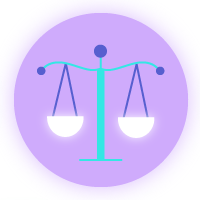 Governments may wish to deploy the Photonic Fence in public spaces both for its disease and nuisance insect prevention capabilities, and for the monitoring and early warning that it can provide regarding insect incursions. In addition, data from public and private installations of the Photonic Fence can be aggregated to provide a picture of the insect population changes and movements over wide areas, thus allowing governments to make more precise decisions about the deployment of resources such as sprayed insecticides, traps and other measures to prevent the spread of harmful insects into agricultural areas and population centers. 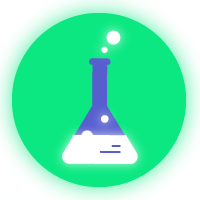 In the course of testing the Photonic Fence, we have already identified its unique capability to advance research in entomology. This capability led us to produce our first product — the Photonic Fence Monitoring Device. The PFMD provides the ability to monitor insects in flight without effecting their behavior as it does not use baits or other means of attracting the insects. It can track insect flight on a continuous 24/7 basis for days at a time and report that data through a cloud-based researcher interface, leading to an entirely new means of data collection and visualization for research. The PFMD is available for pre-order now. Please contact us to place your order. Detailed specifications for the device can be found here. 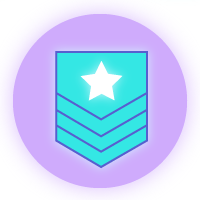 A significant source of troop downtime is insect-borne disease, such as leishmaniasis transmitted by sandfly bites, and malaria, dengue, and zika transmitted by mosquitos. The Photonic Fence was originally conceived as a weapon in the fight against malaria transmission through vector control of mosquitos. It has been effective in shooting down a variety of mosquito species in the lab and in field testing. It has also been configured through only software updates to track and destroy sand flies. It could be deployed to protect a variety of military installations such as operating bases or field hospitals. 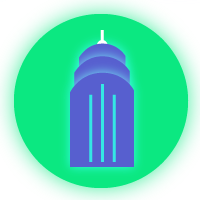 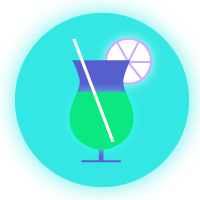 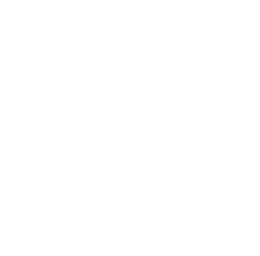 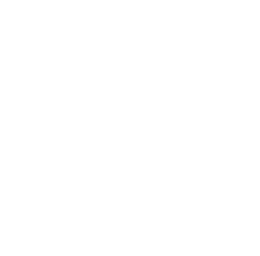 Optical tracking and laser-induced mortality of insects during flight

Scientists at Intellectual Ventures Laboratory in Bellevue, WA, are battling these deadly carriers with the coolest technology possible: lasers.

Scientists are testing a Photonic Fence that fights mosquitos with lasers

What happened to the mosquito-zapping laser that was going to stop malaria?

The Photonic Fence team is an interdisciplinary group of different backgrounds and expertise, dedicated to the cause of pesticide-free vector control to reduce insect-borne disease and destruction. 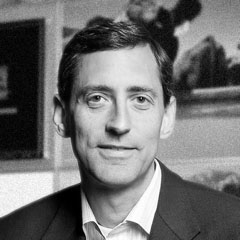 Jeremy Salesin leads Photonic Sentry’s business development and operations. His management experience includes leadership of business and corporate development, legal, finance, HR, and operations in both public and private environments, from startups to Fortune 200 companies. Jeremy was head of acquisitions at Intellectual Ventures, led corporate development for the Eastman Kodak Company, and led business affairs at LucasArts Entertainment Company and Sanctuary Woods Multimedia Corporation. In addition to Sanctuary Woods, his startup experience includes driving growth as head of business development at GotSavings.com, a ground-breaking startup in the early days of online shopping and promotions, and supporting growth through his legal work at Broadband Office, a Kleiner Perkins-backed telecom startup. Jeremy holds a BA with high honors from Oberlin College and JD cum laude from the University of Michigan Law School. 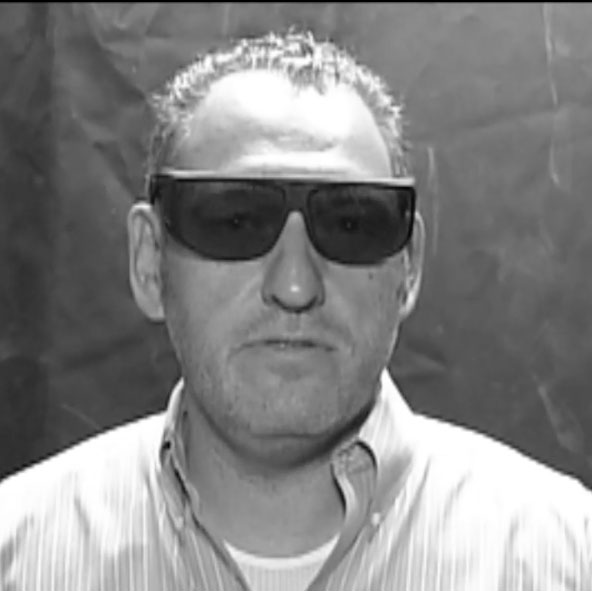 Arty Makagon leads the Photonic Fence technical team. He founded Photonic Sentry in 2016 as a contract developer to Global Good for the Photonic Fence Project, which he led as an Intellectual Ventures employee and independent contractor beginning in 2012. Prior to joining Intellectual Ventures, Arty spent over a decade in the aerospace industry, first designing fuel systems for next-generation fighter engines at General Electric Aviation and later building and launching rockets for Blue Origin ­ a privately held spaceflight company. Mr. Makagon holds a BSME from Boston University and a MSME from Tufts University, where he did fundamental research on piezoelectric materials. 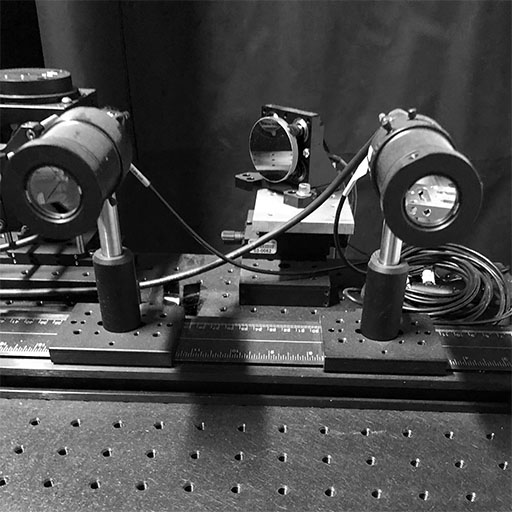 Bryan Norton is a physicist and laser-optical engineer. Bryan leads the laser system design for the Photonic Fence. He has worked on the Photonic Fence project as an Intellectual Ventures employee and independent contractor since 2014. Prior to joining Intellectual Ventures, Bryan designed airborne laser-intercept systems as the military laser defense team leader for Lockheed Martin. Prior to his role at Lockheed, he served as a product engineer at Sparkle Optics. Bryan holds a BS and MS in Physics from Oregon State University. 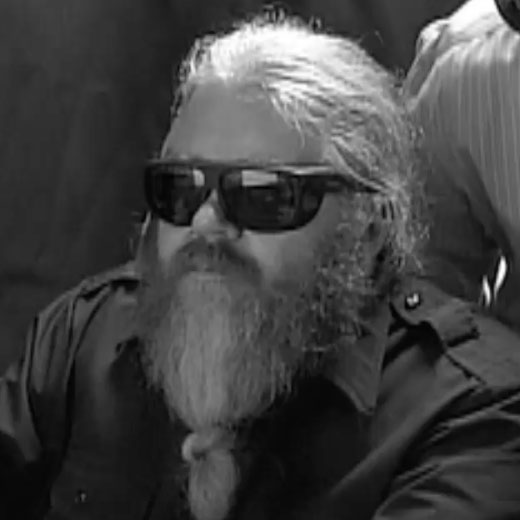 Phil Rutschman is an embedded software engineer and computer vision expert. He began his work on the Photonic Fence project at Intellectual Ventures in 2009. He was the co-founder of Shift Labs and has held positions as principal software engineer at Mod systems and a software engineer at Qualcomm. Phil holds a BS, Computer Science and Engineering from Western Washington University. 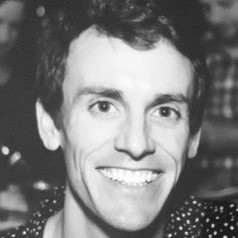 At Photonic Sentry we’re working to revolutionize the world’s approach to insect control – protecting humans, animals and plants from harmful flying pests that transmit disease and destroy crops. We are building a device we call the Photonic Fence – designed to track insects in flight, identify whether they’re harmful or benign and disable the harmful ones by shooting them down with lasers. Developed with support from the Bill and Melinda Gates-backed Global Health Labs and previously the Global Good Fund.

We’re looking for a few motivated, resourceful and experienced people to add to our burgeoning team. Key to your success at Photonic Sentry will be the ability to operate within a flexible, fast-paced development program and an unstoppable drive to make the world a better place. Open positions are listed below. If you don’t see an obvious fit or there are no positions currently listed but are convinced that you need to help us rid the world of insidious pests, send in your resume! We’re always interested in making contact with talented and experienced people. Even if you're not looking for work right now, it's good to stay in touch. To apply, simply send your resume to us here.

Funding for Photonic Fence development is provided by Global Health Labs, and was previously provided by the Global Good Fund.